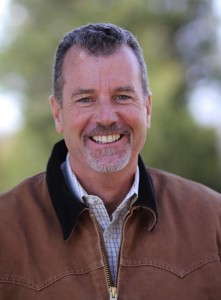 Richard "Rick" Gerhardt graduated high school from Wilbraham Monson Academy located in Wilbraham, Massachusetts in 1985.  Mr. Gerhardt continued his education at Washington College and in 1989 he received a Bachelor’s degree in Business with a minor in Economics.  He worked as President and Chief Operating Officer of MSI Worldwide Mail, and also as Chief of Sales Officer of the Americas (U.S., Canada, and South America) for DHL Global Mail.  Mr. Gerhardt is an experienced business consultant specializing in logistics.

Mr. Gerhardt was elected to serve on the Fauquier County Board of Supervisors in 2016, on behalf of the Cedar Run Magisterial District, and was re-elected for a second term beginning in January 2020.  Mr. Gerhardt served as Vice Chairman in 2016, and was Chairman of the Board in 2017.  Mr. Gerhardt currently sits on the Fauquier County Agricultural and Forestal District Committee, Agricultural Advisory Committee, Broadband Authority, Potomac Watershed Roundtable, Transportation Committee, and Water and Sanitation Authority Liaison Committee.

Mr. Gerhardt is actively involved in the community.  He serves on the PATH Foundation Board, the Virginia Gold Cup Association Board, and formerly sat on the Fauquier Free Clinic Board, as well as the Fauquier County Airport Committee.

Mr. Gerhardt attends St. Stephen’s Episcopal Church and lives in Catlett with his wife Hilary and their two children.  In his free his time he enjoys playing tennis, skiing, fishing and shooting skeet/trap.