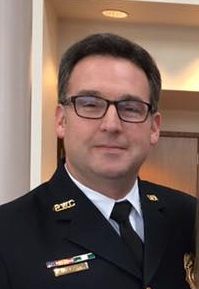 Christopher Neil Granger was born in San Diego, California.  Mr. Granger graduated from Woodbridge High School in 1989 and received a Bachelor of Arts degree in History from Mary Washington College in 1993.   He has been a resident of Fauquier County since 2006.  Mr. Granger is a military veteran serving honorably in the U.S. Army Reserves for six years (1990-1996).   As a career firefighter, Mr. Granger presently is a Captain with the Prince William County Department of Fire and Rescue.

Mr. Granger is a member of the Warrenton Presbyterian Church and lives with his family in Warrenton.