Johnsongrass infestation is a growing concern and serious problem for Fauquier landowners. Individuals with knowledge and an understanding of Johnsongrass often think of this as a problem associated with farm land. Johnsongrass is taking over homeowners’ vegetable and herb gardens as well as flower beds. Johnsongrass can be found spreading along the shoulders and medians of roads and highways as well.

Johnsongrass, if allowed to establish itself, is a noxious weed that will choke out all other native grasses and crops. It requires extensive and very costly eradication measures. At certain times and under certain conditions during the growing season, Johnsongrass can be toxic to horses and other livestock. Several years ago, the County established a Johnsongrass control and monitoring program to combat this public nuisance. An ordinance was passed that established penalties against landowners who knowingly allow Johnsongrass to grow and spread on their property. A program was established to inspect Fauquier County for Johnsongrass, to notify landowners of its infestation and to offer information in controlling and eradicating this weed. To view the Johnsongrass County Ordinance, then click on County Ordinance 18.5, Article II.

During 2004, there was a complete county wide inspection of Johnsongrass growth. It was determined that 17,600 acres in the County are in some way infested with Johnsongrass. That is a 43% increase in infestation since 1999, when the last county-wide inspection took place. Infestation is rated Light (10-20%), Moderate (20-50%), Severe (50-75%) and Extreme (100%). Inspections of properties  with Johnsongrass since 2004 have shown a significant increase in  the Moderate and Light categories, indicating that previous Light properties were rapidly becoming Moderate and many new properties had become infested in the Light category.

Johnsongrass (Sorghum halpense) is a Mediterranean native plant brought to the United States as a hay and pasture grass. It spreads by seed in the north, but in central and southern U.S., it also spreads by rhizomes (creeping underground stems). Johnsongrass is the sixth most serious weed in the world. When under moisture stress or after frosts, Johnsongrass can produce toxic levels of hydrocyanic acid. At certain times, under certain conditions during the growing season, Johnsongrass can be toxic to horses and other livestock. Learn more about Johnsongrass at Idaho OnePlan website. 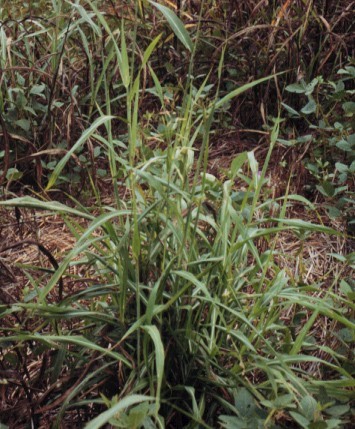 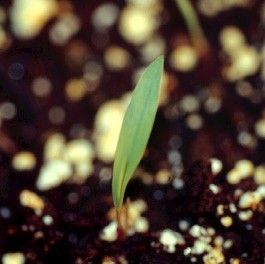