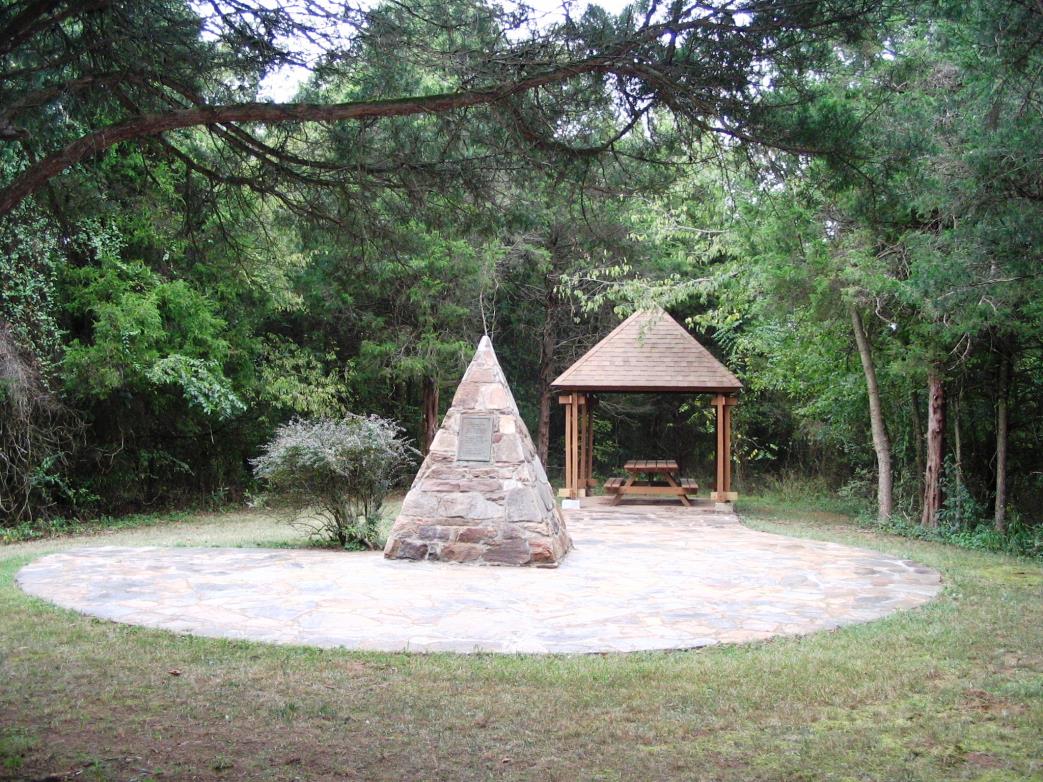 The John Marshall Birthplace Park became Fauquier County’s first public park in the late 1970s. By that time, two markers had been placed on the property by two separate legal fraternities. The first marker was erected in 1902 by Phi Delta Phi, a legal fraternity of George Washington University. A second marker enclosed the previous one and was unveiled in 1928. To find out by who, you will need to visit the park.

John Marshall, future Chief Justice of the Supreme Court, was born in a log cabin on September 24, 1755 to Thomas Marshall and Mary Randolph Keith. He was the eldest of 15 children born to this family, who made their home in Germantown, near modern-day Midland, which at the time was considered the edge of the American frontier. In 2005 the Parks & Recreation Department conducted an archaeological study and concluded the site is indeed correct.

Marshall is perhaps best known for his decisions while serving as Chief Justice of the Supreme Court. He was the first justice to establish the right of judicial review in his most famous decision, Marbury v. Madison.

John Marshall served his country as a Culpeper Minuteman during the Revolutionary war and studied law at William and Mary. He was a member of the Virginia State Assembly, in which he represented Fauquier County, and the United States House of Representatives, among numerous other political posts. He was appointed to the office of Chief Justice of the Supreme Court in 1801 during the Presidency of John Adams. He would go on to serve on the Supreme Court for thirty-four years!

The park’s trail ends at the marker and a small picnic area. The trail is easy and is about 1 mile round trip. Interpretive signage at the trail head adds to the educational experience. The trail is also popular for birdwatchers.

The park is open daily from dawn to dusk.

Directions: The trail-head and parking lot are on Rt. 649 Germantown Road. From Route 28 take Germantown Road South for approximately ½ mile. Park is on your left just past the railroad tracks.