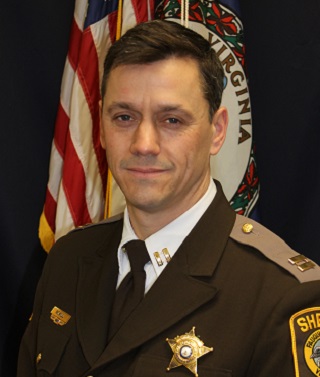 Major Lowell S. Wells Nevill, a Fauquier native and resident, began his law enforcement career with the City of Richmond Police Department in 1997.  He transferred to the City of Manassas Police Department in 1999 where he served until joining the Fauquier Sheriff’s Office in January, 2016.  In Manassas, Major Nevill served as a Patrol Officer, rising to the rank of Master Police Officer and then Sergeant.  He served as a supervisory Sergeant in the Investigative and Patrol Divisions, as well as serving as Public Information Officer and Community Services Supervisor.

Major Nevill has served for over 20 years in the Virginia Army National Guard.  He is currently a Lieutenant Colonel serving on the General Staff of the 29th Infantry Division.  He is a veteran of Iraq, Afghanistan and the counter-ISIS campaign.  He has also served on the Town of Warrenton Planning Commission, as well as the Rappahannock-Rapidan Regional Commission.

Major Nevill earned a B.A. at the University of Virginia in 1994; and a Master of Public Administration degree at George Mason University in 2016.  He is also a graduate of the U.S. Army Command and General Staff College.