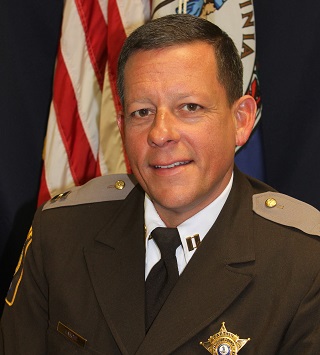 Captain Lavoie is a lifelong resident of Fauquier County and a graduate of Fauquier High School.  His interest in public safety began as a teenager, when he became a member of the Remington Volunteer Fire and Rescue Department.

Captain Lavoie began working for the Fauquier County Sheriff’s Office in 1989 as a dispatcher, and in 1991 he was transferred to a deputy sheriff’s position in the Jail Division.  Since that time, he has had the opportunity to work in nearly all aspects of the correctional field, including shift supervisor, community corrections, inmate records, transportation and most recently as the Commander of the Adult Detention Center.