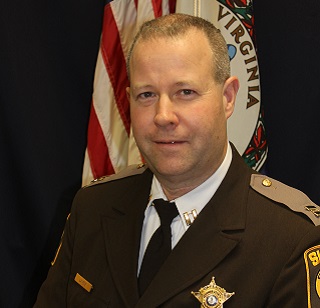 Lieutenant Shawn Lasher is a lifelong resident of Fauquier County and graduate of Fauquier High School.  He began his law enforcement career working in the prison system at the Commonwealth of Virginia Department of Corrections and was hired to work in the jail at the Fauquier County Sheriff’s Office Detention Center.  Lieutenant Lasher served the citizens of Fauquier County as a Patrol Deputy, Criminal Detective, Patrol Sergeant and Lieutenant.  He was assigned as a Team Leader of the Sheriff Emergency Response Team, a Firearms Instructor, and performed many ancillary duties.

In 2004 Lieutenant Lasher was hired by the City of Alexandria Police Department and rose through the ranks to Division Chief.  His major responsibilities included commanding personnel, training and supporting the following functions: Patrol, Special Operations, Human Resources, Professional Standards, Training and Accreditation.