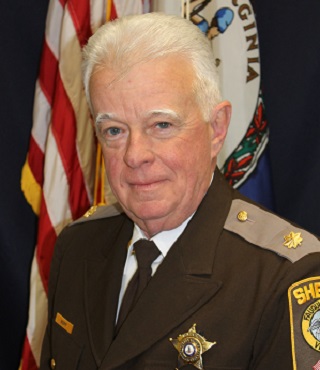 Major Charles Bopp’s distinguished law enforcement career began in Harrisburg, PA where he served as a patrol officer.  He moved to federal service as a special agent with the Bureau of Alcohol, Tobacco and Firearms and transferred to the United States Secret Service where he retired as a Special Agent in Charge.  He then joined the Fauquier County Sheriff’s Office, where he has served since 2004.

During his tenure at this Office, Major Bopp has been a detective, Commander of the Patrol Division and most recently the Commander of the Criminal Investigations Division. He also supervises the Sheriff’s Emergency Response Team.

Major Bopp has a Bachelor of Management degree with special studies in law enforcement from Boston College.  He has served in the United States Army rising to the rank of Captain and serving as the commander of a military police company.

Major Bopp is also the president of Fauquier Cops for Children, a non-profit organization helping children in need in Fauquier County.